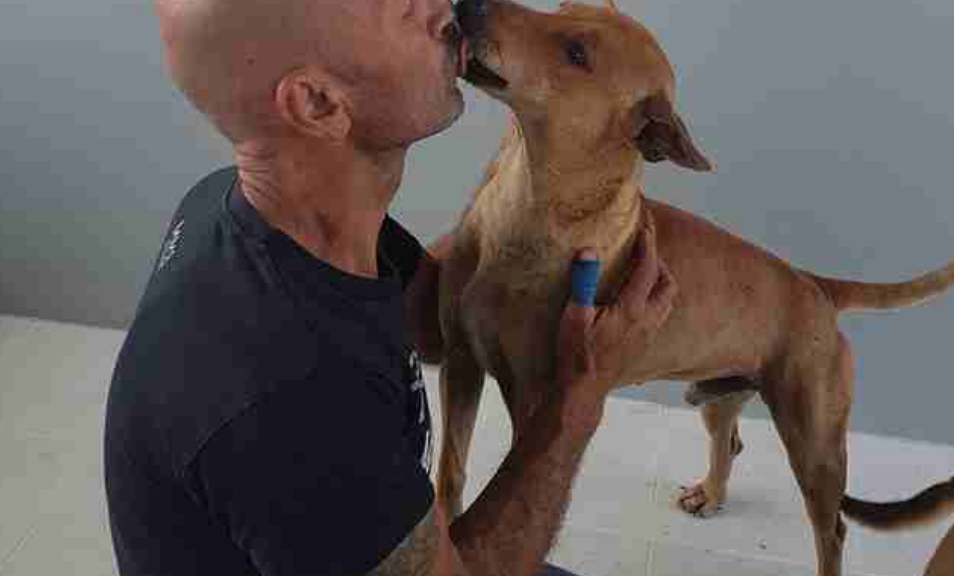 When I launched this website, I promised myself it would only be positive stories about dogs. It’s easy to find the negative ones, as they populate the Internet and the airwaves much more often. As with stories in our human existence, the good ones are often buried because they are not sensationalistic enough. I was dedicated to bringing a smile to the faces of all who came to this place.

This story is difficult to write, and it does sadly come with a terrible downside. However, it needs to be told, over and over again. It needs your attention and that of every caring person in the world. While it begins on dark notes, it reaches a conclusion that there is good in the world, and only we can help make it happen.

I met Michael Chour thru a story on the Internet, then later interviewed him for a podcast focusing on his work at “The Sound of Animals”. Michael has surrendered his entire life to the effort of saving dogs from the Southeastern Asia dog meat trade. Every day, every single day, he rises and with the help of his wife, local people, and those from other countries who fly to his farm and volunteer their time, Michael saves another life.

Michael Chour is a hero. Plain and simple. Trust me, I’ve been around thousands of people who call themselves heroes or who are both rightfully and erroneously called such. They pale in comparison to what he does every single day.

So let me ask everyone who reads this to do three things, three positive things.

Read about Michael and his work here at his website. Understand the depth of commitment and work he puts in every day.

Listen to the interview I did with him late last year. Hear from his own lips how he very day seeks to make the world a more positive place.

If you can, then please donate. A few dollars, whatever you can. The charity is 100% funded by donors, and they almost daily live on the edge. They, he, cannot move forward without your help.

I’m proud to know Michael Chour. We likely will never meet in person, but the man makes me proud to be a human being who cares about animals, about dogs, every single day.

He is the best of us, and deserves our help and attention.

Because every day, he is seeking to bring smile to the faces of those who have known only pain, and he does so without a selfless bone in his body.

Thank you, Michael. Thank you for bringing light to a very dark place.