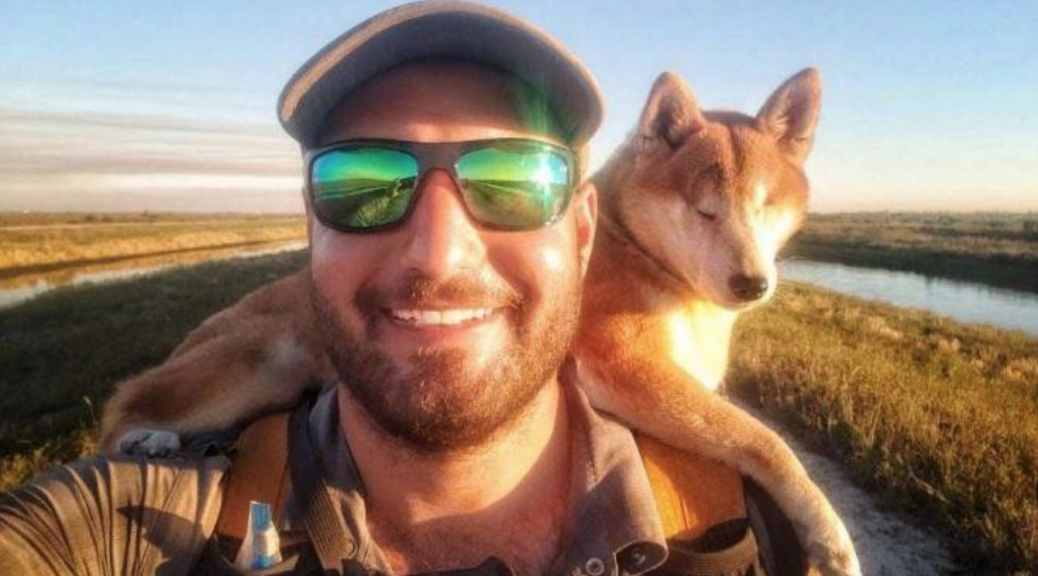 Or, in this case, one man and his dog.

Kyle Rohrig is an experienced and well known hiker, having published several books on the subject. He’s also companion to Katana. the Shiba Inu. Often they would go on hikes together, where she would play along the way and experience what is that simple joy of just being a dog and just being with her Dad. However, at the age of 5, Katana lost sight in one eye, the other 3 years later. She lost complete sight just a short time before Rohrig  was set to strike out on a long hike and, of course, Katana was set to be right alongside. 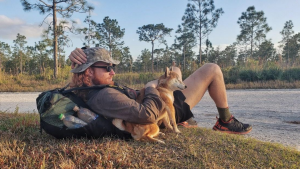 There was never a question the 2 of them would make the trek together. Which is why Rohrig decided that he would carry Katana when the times dictated such on the hike. Oh, she did her fair share of walking. But at those times the terrain demanded sight, Kyle ensure Katana would have no issues.

There’s one picture from the hike that really caught my attention. The one where Kyle is holding Katana up and letting her “see” all around her. Of course, for Katana, there is nothing but darkness. But imagine sniffing those familiar smells, and her mind bringing up the pictures of what they’ve always been associated with. This truly shows the love of one man for his best friend. 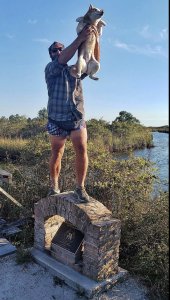 Kyle is going to continue living his dream, and I have no doubt that dream includes having Katana with him for as long as they are both allowed to share their love for each other. 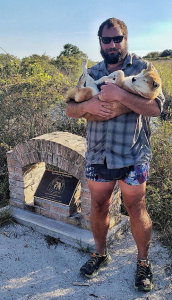